What week is this? 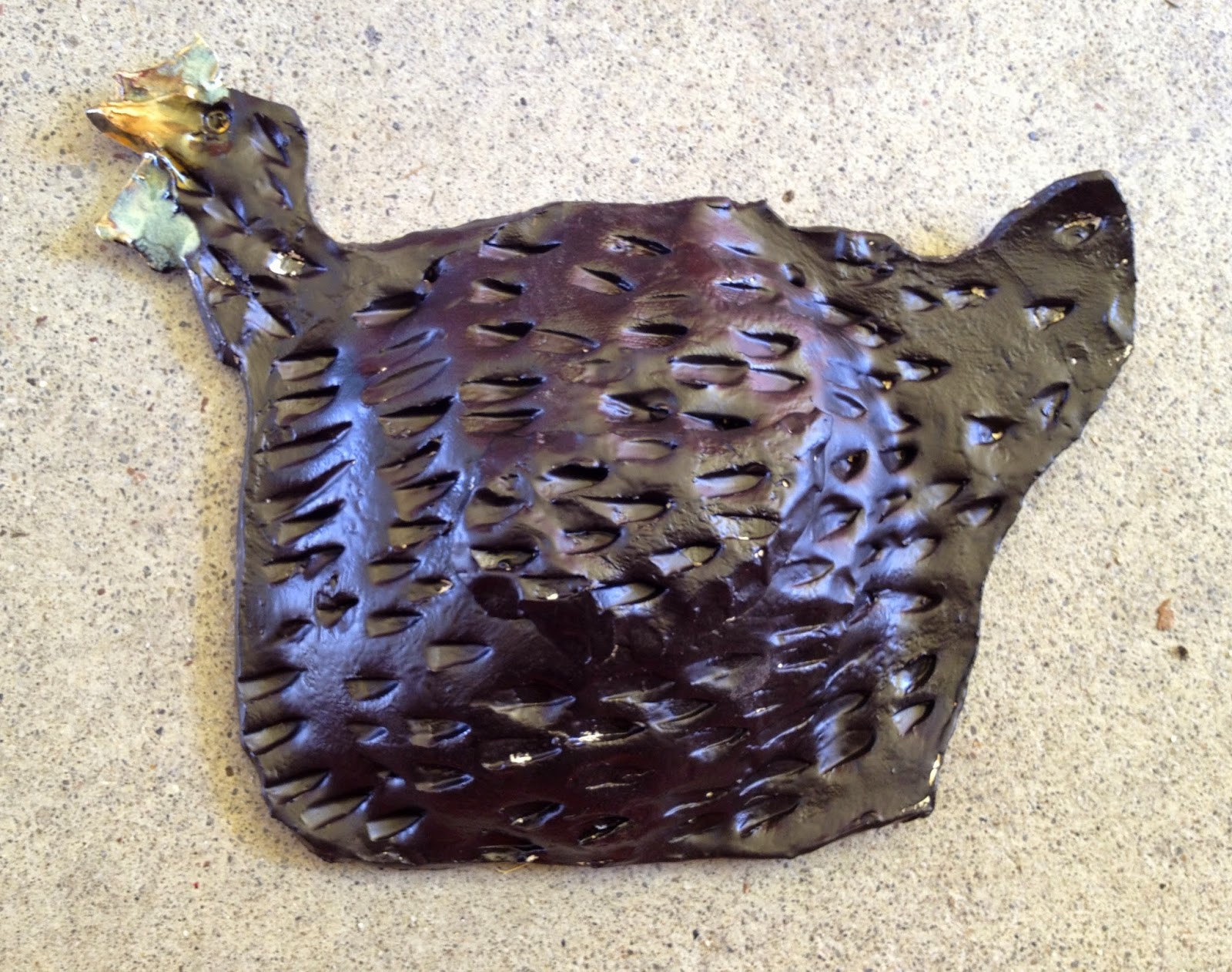 Some of you may have noticed I've been offline for a while.

I've been intensely taking care of my mother for a few weeks (after years of taking care of her not as intensely) and it has become clear that it is time for her to go into assisted living.
She is scheduled to move in next week.

I realize somewhat in retrospect that this is why I haven't been able to paint for a while. My mother was an artist and it was when I discovered that she hadn't been painting in over a year that I first realized that she had the beginnings of Alzheimers. She had been collecting empty canvases for a while, way too many, and after trying and failing to get her to paint again, I moved all the canvases into my basement where they are today.She had been working on a series of icebergs that were beautiful.
I saved all her preliminary sketches and have thought about continuing
to work on the series myself. 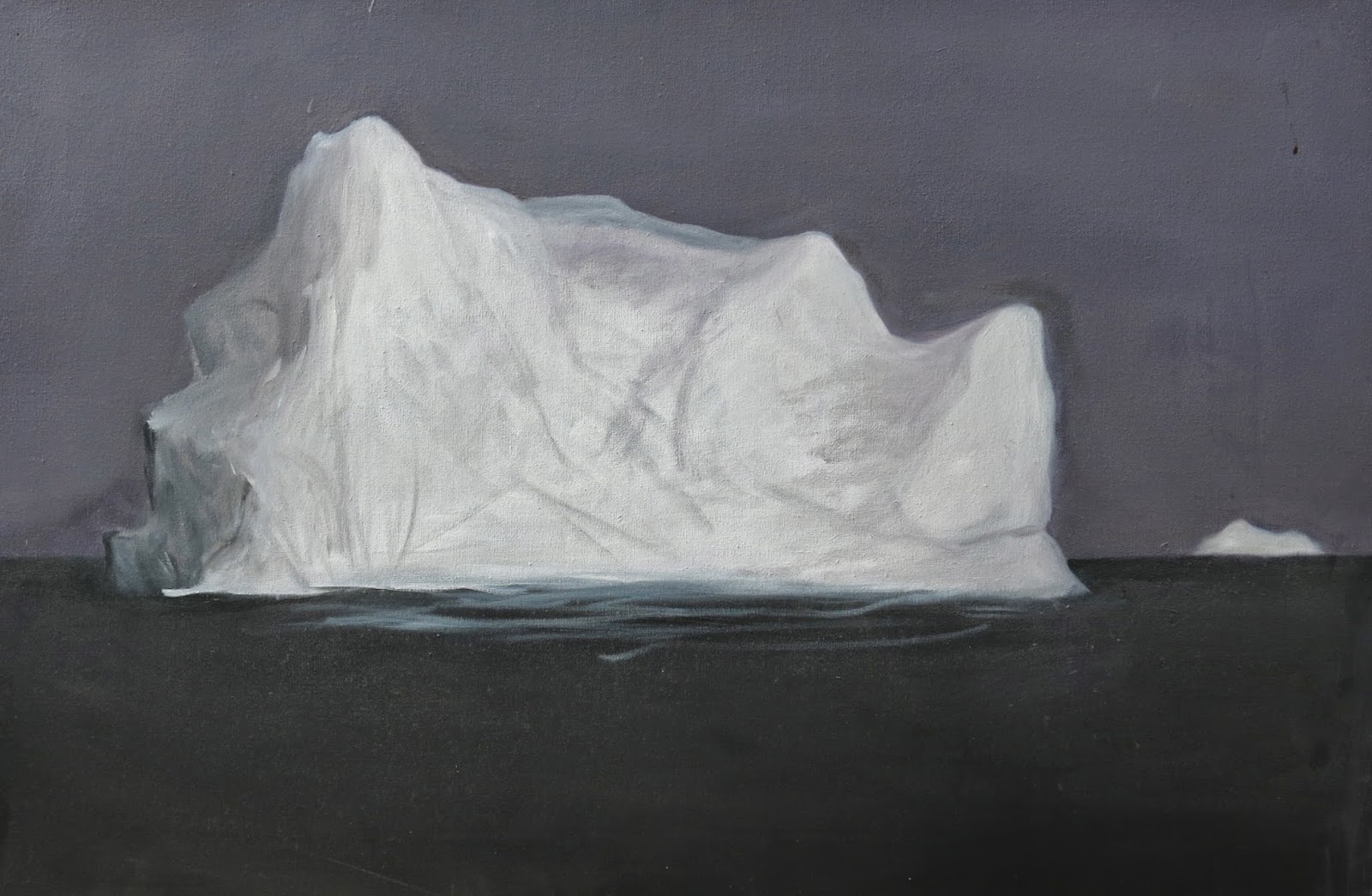 I aways thought that painting was a refuge for me—
a safe place to work when life was difficult, but I am realizing it takes a certain amount
of energy and freedom to be able to work.

I suddenly have a more visceral empathy for people caught in difficult life situations
that they are unable to get out of; poverty, hunger, war and so on,
that rob them of any creative refuge or space.
Not that my situation even comes close to the lives of many others.A friend of mine whose mother was a successful artist said once that she was not able to fully grow as an artist until after her mother died. There are so many strings and complications between my mother and me that I have basically been ignoring,
trying to get through these years of looking after her.Paintings are formulating in my head—a portrait of my mother as she is now and one as she was as a young girl and a second pair of paintings of my daughter
young and in the present.

Because of course, this is also the year my daughter left home for college, and I still haven't processed fully the grief of losing my girl to the greater world.
So all this is saying is I realize I have to take a brief break from my own art work.

Art with children continues as always and that has been a refuge—
they are so present it's impossible to stay in your head while working with them.

This week we made ceramic chickens that most definitely cheered me up. 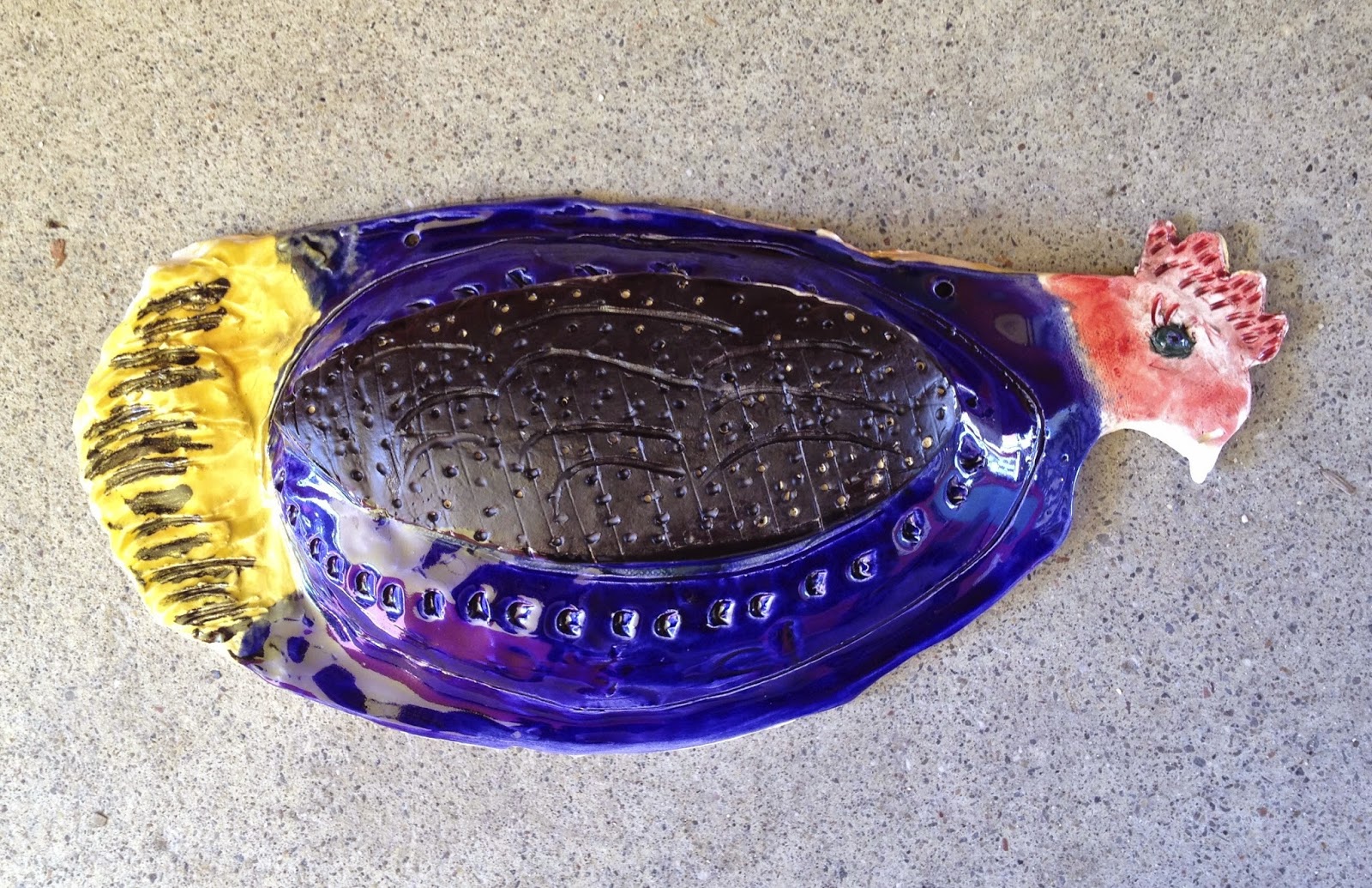 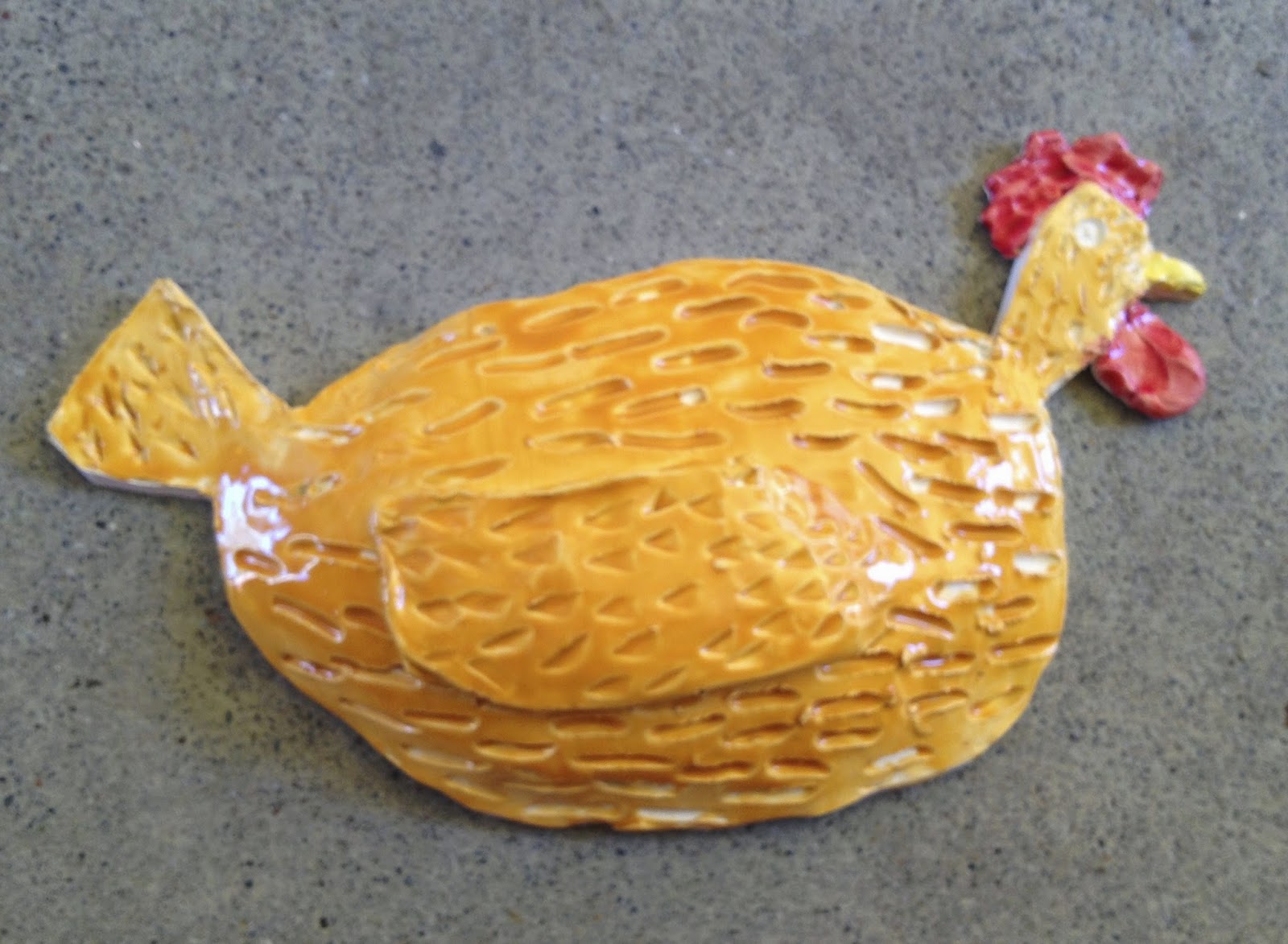 In photography this week after talking about editing and how important it is to
pair photographs well—that a particular pairing can either elevate the photographs or degrade them, one of my girls handed me this: 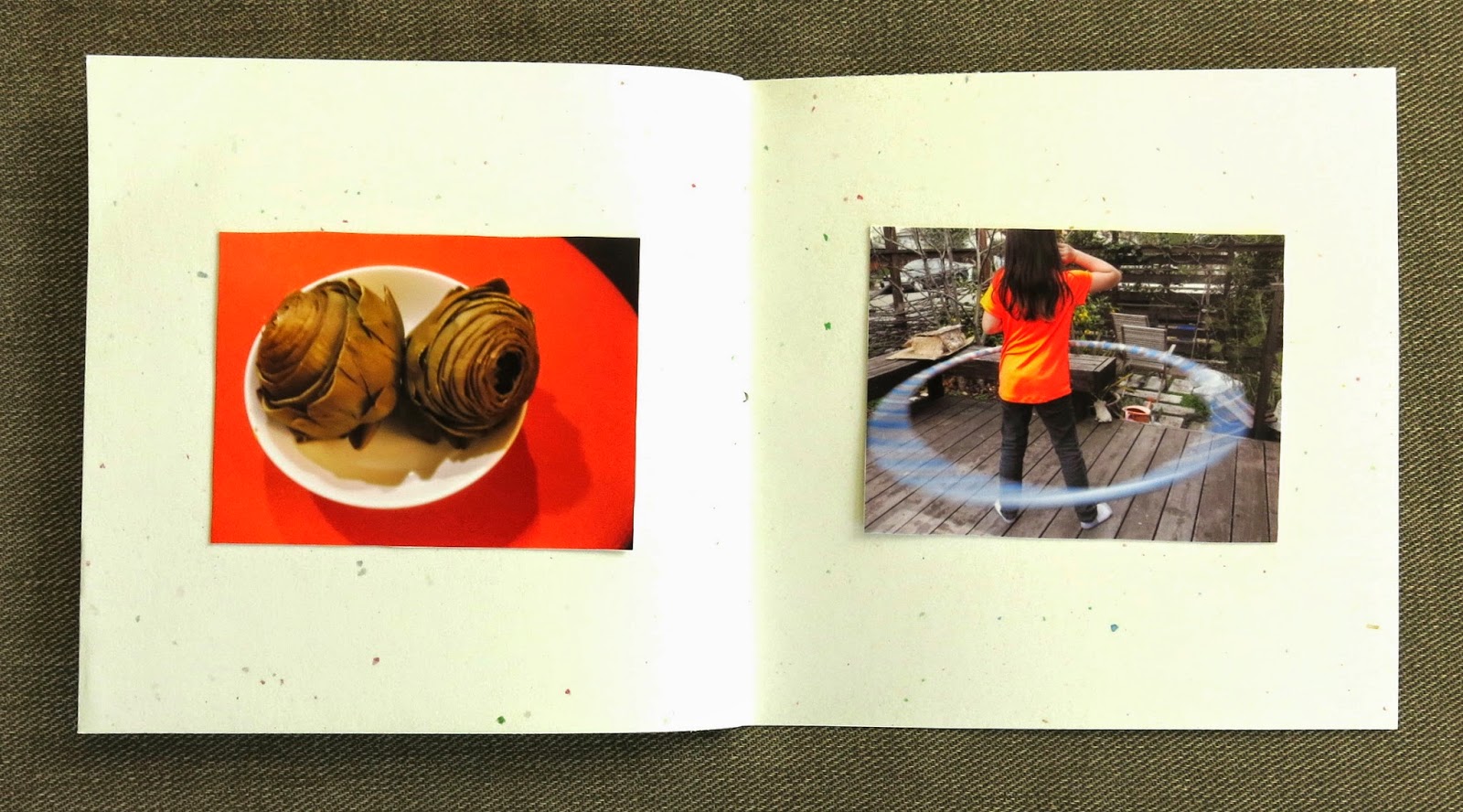 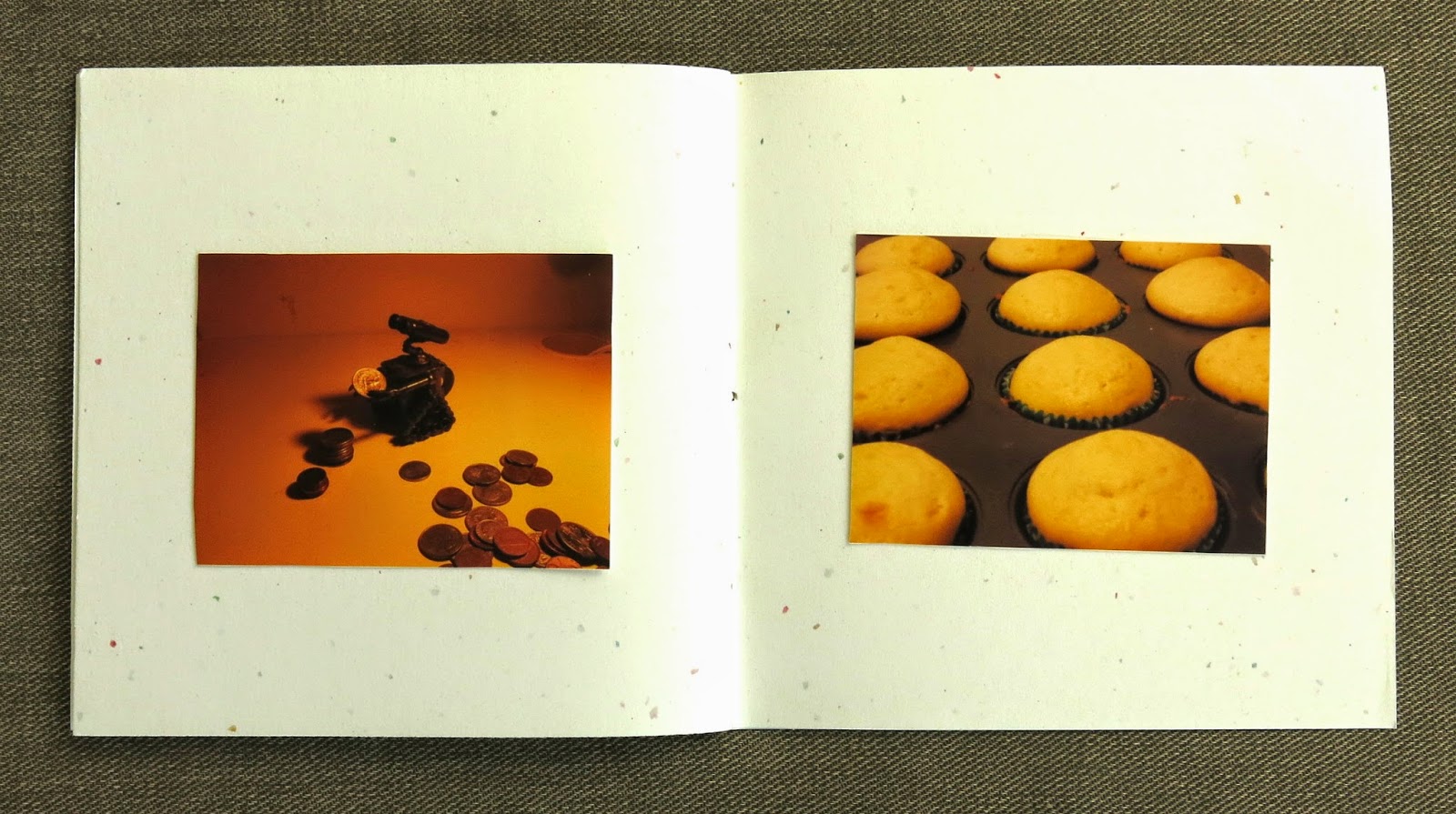 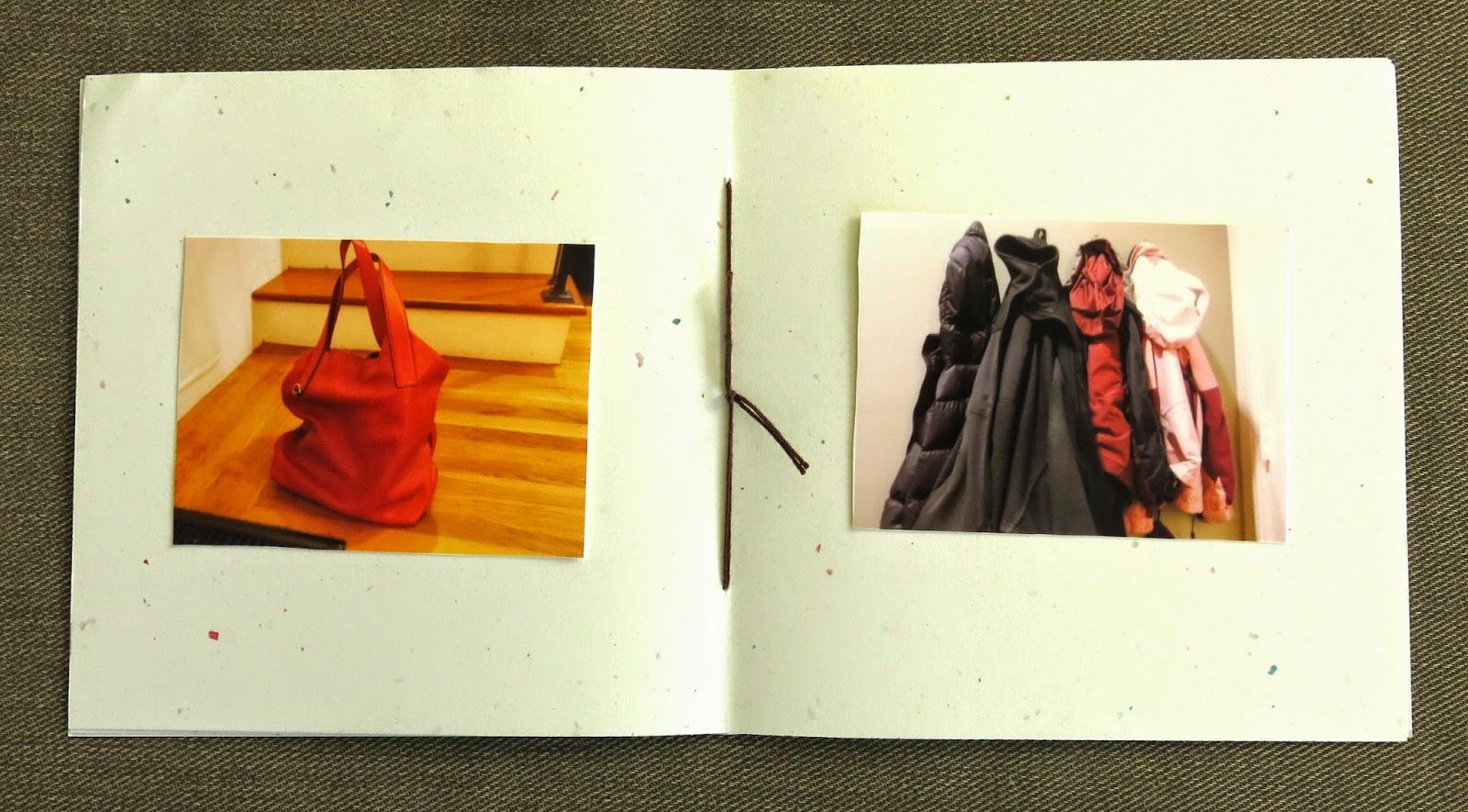 After telling her why each of her pairing worked so well (not knowing if it had been
on purpose or by accident), she looked at me and said,
"Yes, that's why I put them together that way."

Fabulous, my work is done.

Posted by Unknown at 7:27 PM No comments: